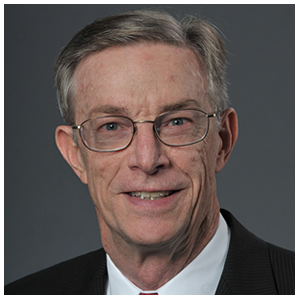 Dr. Roger A. LaBoube is Curators’ Distinguished Teaching Professor Emeritus of Civil, Architectural and Environmental Engineering and former director of the Wei-Wen Yu Center for Cold-Formed Steel Structures (CCFSS) at the Missouri University of Science & Technology, formerly known as the University of Missouri-Rolla. Dr. LaBoube holds B.S., M.S., and Ph.D. degrees in Civil Engineering from the University of Missouri-Rolla. He has an extensive background in the design and behavior of cold-formed steel structures. His research and design activities have touched on many facets of cold-formed steel construction, including cold-formed steel beams; panels; trusses; headers; wall studs; and bolt, weld, and screw connections. Dr. LaBoube is active in several professional organizations and societies, including membership on the American Iron and Steel Institute’s (AISI) Committee on Specifications and as chairman of AISI’s Committee on Framing Standards. He is a registered Professional Engineer in Missouri. Dr. LaBoube is a frequent presenter of CFSEI webinars, answers questions from engineers through the CFSEI Hotline, and remains active in developing cold-formed steel standards through the AISI Committee on Framing Standards.

In order to receive credit for this course, you must complete the quiz at the end and pass with at least 80% for a certificate to be generated automatically

Webinar on Overview of the Fundamental Behavior of Cold-Formed Steel Members and Connections
error: Content is protected !!